An reactor is also called an inductor. When a conductor is energized, it will generate a magnetic field within a certain space occupied by it.However, the inductance of the long direct conductor is small and the magnetic field is not strong.Sometimes, in order to give the solenoid a greater inductance, an iron core is inserted into the solenoid, called an iron core reactor.
ꄴ上一个：
ꄲ下一个：

1.Current limiting reactor.It is with power circuit in series to restrict value of short-circuit current.

2.Paralleling reactor.It is generally connected between end side of ultrahigh voltage transmission wire and ground and has the action of reactive power compensation.

3.Communication reactor.It is also known as wave absorber.It is connected in series in the power transmission line for communication line to resist carrier signal and make it into receiving equipment.

4.Arc suppression reactor.It is also called as arc suppression coil.Connected between neutral point of 3-phase transformer and ground for supplying inductive current when one phase of 3 phase power grid is grounded,to compensate capacitive current going through the grounding point,cause uneasy ignition due to arc and remove overvoltage due to multiple ignitions of arc.

5. Harmonic Filter Reactor.It is used for ripple wave amplitude of bamboo current in rectification circuit;it can move the voltage or current of a harmonic wave of power circuit which formed a circuit with capacitors to generate resonance at a frequency.

7.Starting reactor.It is connected in series with motor to restrict its starting current.

3.Input reactor noise:less than 65dB(testing at the horizontal distance of 1m to the reactor)

The current limitation and wave filtration of reactor can restrict the short-circuit current of transmission line and protect electric equipment.Reactors must be installed.Reactors can reduce short-circuit and keep the voltage of system unchanged at the moment of short circuit.A damping reactor(i.e. series reactor)is stalled in the circuit of reactor,which has the action of depressing surge when active.It forms harmonic circuit with capacitors and takes the action of harmonic filtration. 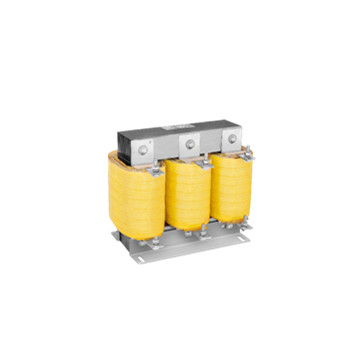 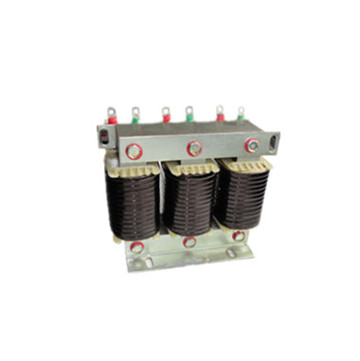 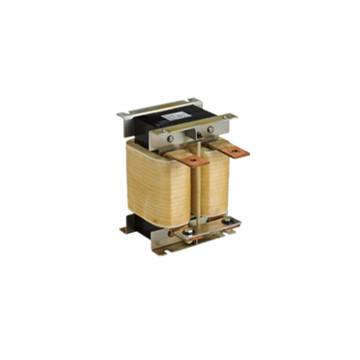